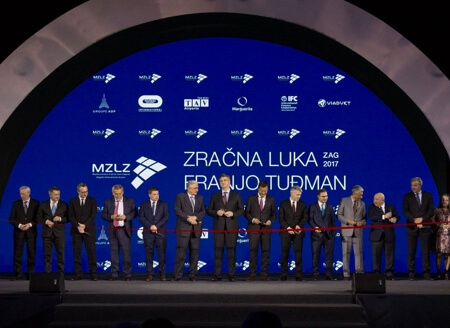 Increasing the annual passenger capacity of Zagreb Airport to 5 million, the new terminal was inaugurated and the ceremony was attended by Croatian Prime Minister Andrej Plenković. Also, BTA opened 11 food & beverage venues at the new terminal.

Increasing the annual passenger capacity of Zagreb Airport to 5 million, the new terminal was inaugurated and the ceremony was attended by Croatian Prime Minister Andrej Plenković. Also, BTA opened 11 food & beverage venues at the new terminal. Operated by the consortium including TAV Airports, the leading global brand of Turkey in airport operation, Zagreb Airport put the new passenger terminal into operation. The inauguration of the new terminal, which will provide service to 5 million passengers per annum, was attended by approximately 500 invitees including Croatian Prime Minister Andrej Plenković, Minister of Transport Oleg Butković, TAV Airports President & CEO Sani Şener, BTA CEO Sadettin Cesur. TAV Airports President & CEO Sani Şener stated: “The new passenger terminal, the biggest infrastructure investment in the last decade in Croatia, will make Zagreb one of the leading airports in the region thanks to its modern architecture and the latest infrastructure technology. Having become one of the world’s highly-preferred brands in airport construction and operation, TAV is glad to partake in this project. Zagreb is the first project of our consortium, including our international partners Group ADP and Bouygues in Europe; Cuba Havana Airport will follow. We believe, this project will contribute to the development of a good relationship and cooperation between Turkey and Croatia”. The new terminal, which was established over an area of 65,000 sqm and with an investment of €330 mln, consists of 8 passenger boarding bridges, 30 check-in counters and a car park having a capacity of 1,100 vehicles. In the following periods, the annual capacity of the terminal is expected to be increased to 8 million passengers. TAV will be the operator of Zagreb Airport until 2042. TAV Airports holds 15 per cent shares of the consortium that was awarded the project. The consortium took over the operation of Zagreb Airport in December 2013. The construction works of the new terminal started in May 2014. Zagreb Airport provided service to approximately 2.8 million passengers in 2016 with an increase of 7 percent compared to 2015. BTA in Zagreb with its latest brands BTA, a subsidiary of TAV Airports, has expanded its operations following the opening of the new terminal at Zagreb Airport. Increasing the number of food & beverage venues to 11 at the airport, BTA expects a double-digit growth in Zagreb. Offering food & beverage service at 5 airports in Turkey and 11 airports abroad, BTA will be operating food & beverage court in Zagreb Airport for 13 years. BTA CEO Sadettin Cesur stated: “We closely follow the requirements and expectations of our guests and create concepts accordingly. We will apply the same in Zagreb. Whilst providing service with our popular concepts such as Cakes&Bakes, Needstop, BrewMark and POM, we will also introduce Antonia, which offers home-made natural ice-creams, boutique bakery products and quality coffees and Spread, which reflects the variety and vitality of the world’s street food, to our guests at Zagreb Airport for the first time. BTA will provide service to an average of 2,500 guests per day at Zagreb Airport”. BTA won the tender to operate the food & beverage court at Zagreb Airport in October 2015 and started its operations in August 2016. As well as operating the food & beverage court within the terminal, BTA also offers on-board catering services to eight airline companies and operates the only lounge at the airport. 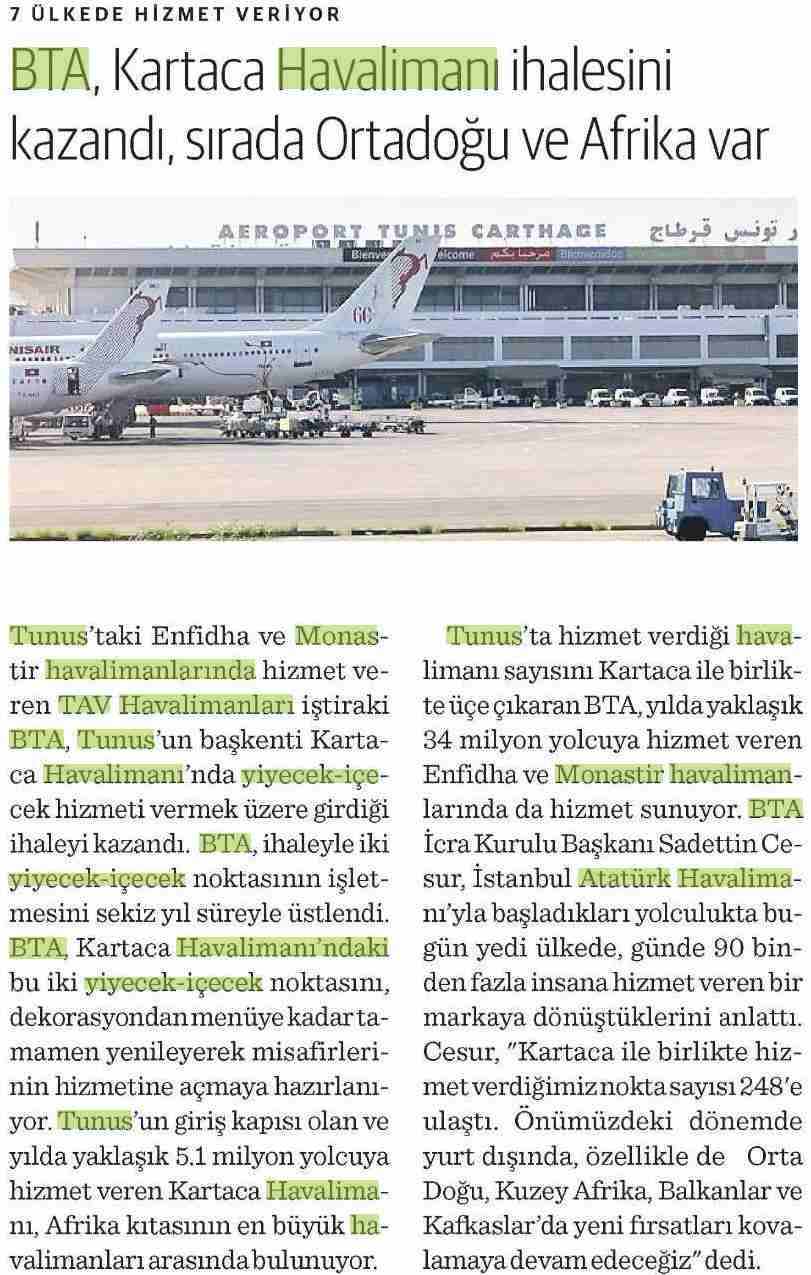 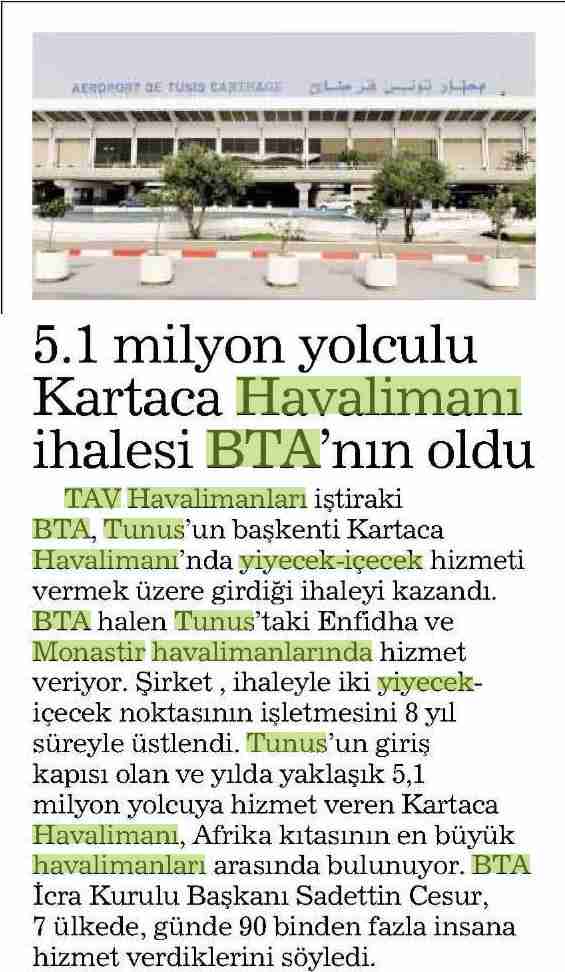 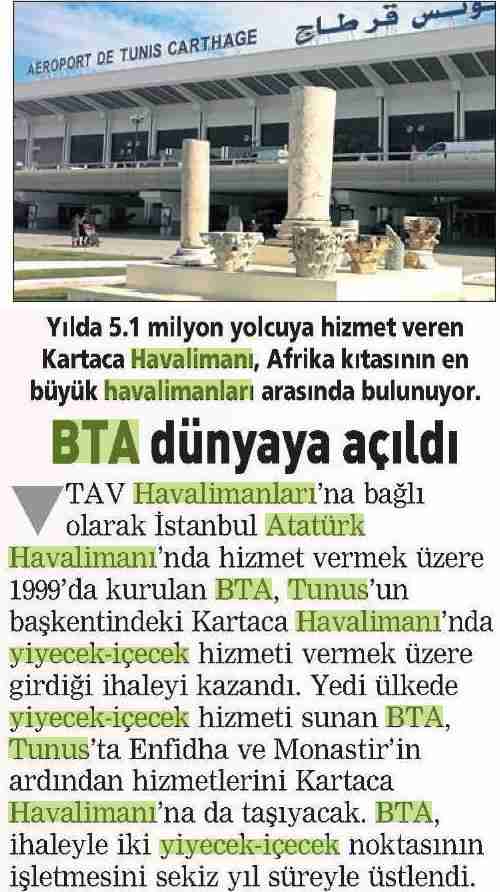